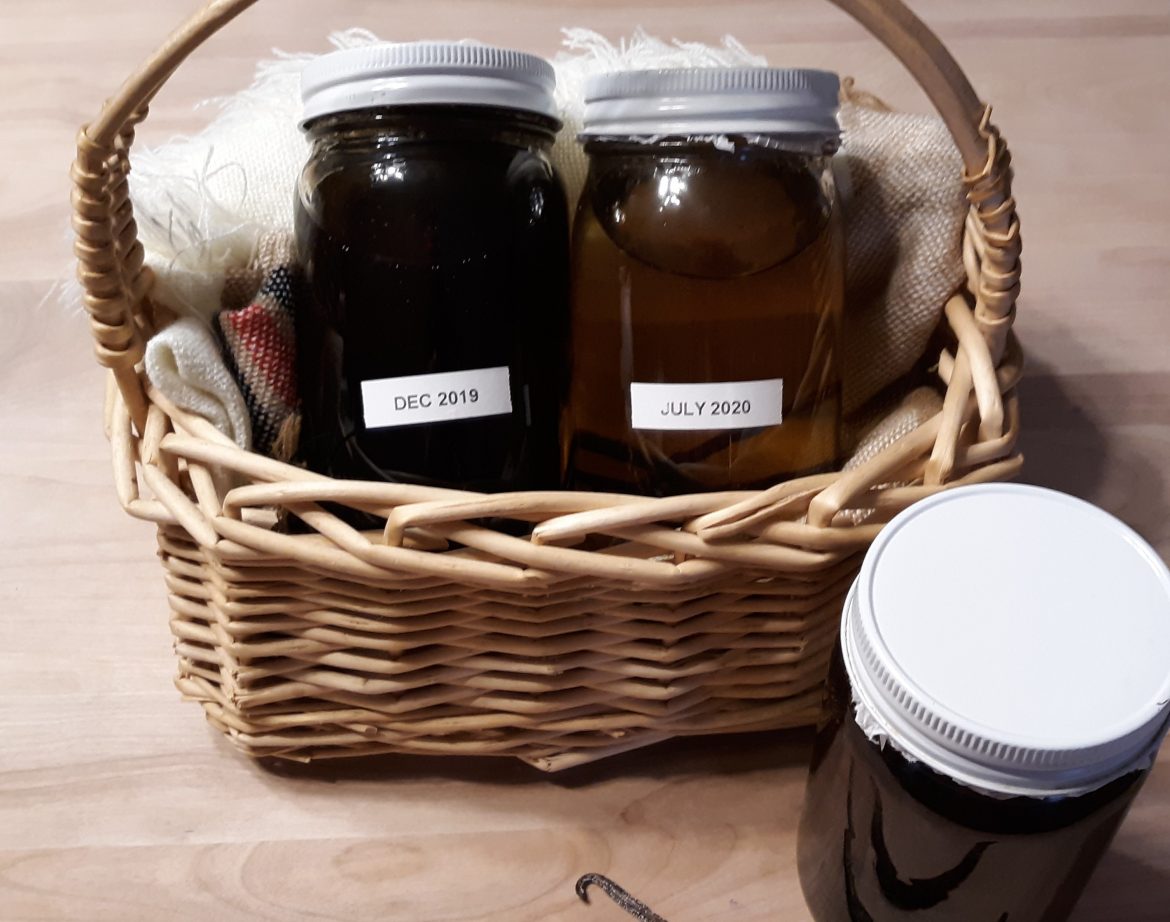 May 2019, I started making my own vanilla. I ran out of my organic alcohol-free vanilla and didn’t want to (and couldn’t afford to) pay the $24 for only 4 ounces. I waited the recommended six months before using it, but it wasn’t dark like I expect vanilla to be, but it was still pretty good. I used almost all of it by December 2019. So, what did I do? I decided to make more!

When making alcohol-free vanilla extract, you use food-grade vegetable glycerin instead of alcohol (ethanol). Vegetable glycerin is a sweet-tasting, syrupy, clear and odorless liquid (glycerol) produced from vegetable fats. It known for its use in cosmetics, soaps, and food. Extracts made with vegetable glycerin are considered alcohol-free. As a food, glycerin offers the positive benefits of improving physical performance and hydration, and alleviating constipation. As with any food, moderation is key. Now, most people talk about the shelf life of alcohol extracts, but my personal testimony is that I have not had a problem at all with the shelf life of my glycerin vanilla. There is no need to use alcohol as a base to extract vanilla. I personally love the taste glycerin provides. For more information, see the articles on glycerin from Healthline and IndieHerbalist.

Now, I started two batches December 2019. I have been using one of my batches since March, which is now my “go-to” batch as I let the others age; but I’ll tell you more about this batch later. I use about a pint of vanilla every six months on average, which could get expensive if I were buying this instead of making it myself.

My personal goal was not to use my brand new batch of vanilla from December 2019 until December 2020, or somewhere thereafter. I call it my preserved jar. Now, for the preserved jar, I started it with five whole vanilla beans, these beans were GRADE B beans, which are hard and brittle and must be soaked.

So, let me tell you about the batch I did before the new batch (my first May 2019 one). In this batch, I used seven whole Grade A Madagascar vanilla beans. Cha-CHING for real!!! So, I was so happy to read that we can reuse these beans and FOR SURE I was doing that. In December 2019, as I was refilling the jar and as these beans were already used, I thought I’d be conservative and just put only about a cup of glycerin in this jar to age this along with my new batch. This jar already had about 1/4 cup of vanilla left in it when I added the 8 ounces of glycerin to it in December 2019. I was surprised, but it may be no surprised to you, that this one was ready in about three months and, yep, I started using it by March 2020. I used about 8 ounces of it by September 2020. I was in a quandary in September because my December jar was aging nicely, and I didn’t want to open it. I had also just started my July 2020 experiment, which I will detail below. So, as I was running out of extract, I made the choice to add the last of my glycerin to this jar and fill the rest of the pint up with hot alkaline water. SO GLAD I did that, but at the time, I thought this may be the end for this batch since I added the water. In about a little more than a month, this batch looked ready to use. It was dark, I sampled it, it was potent enough; and I started using it by November 2020. I have filled this jar to the brim again again since then. It is now almost two months later and this batch looks darker than the one that was aging all year. (In the above picture, it is the one outside of the basket). I can’t tell you how good God is! I praise the Lord!!

Now, regarding my new July batch… I decided to use the rest of my Grade A Madagascar vanilla beans in July 2020, using only two and a half bean pods cut in half. I didn’t have many beans left, but my beans were about to dry out. Generally, Grade A Madagascar vanilla beans are softer and more pliable; and I sliced them down the center and sliced them in half. When doing the research, someone said if you cut them open and split them in half, they are just as effective as five whole pods. What I find is the color is lighter than the color would be at the six-month mark had I been using five whole vanilla beans. I have not opened the jar to taste, but I will let this age a year too. Update coming: July 2021.

To make the vanilla extract, just add beans (I recommend five, cut these in half) and fill a pint jar with glycerin. Close the jar tightly; and then, simply SHAKE, SHAKE, SHAKE it! You just shake the jar every day for the first couple of weeks for about one minute. After that, you shake the jar once a week for the next five months. Then you can simply shake it once a month for about a minute. Remember to store it in a dark, cool place. This will make a thick, syrupy extract. If you choose, you can add half a jar of hot boiling alkaline water with half food-grade glycerin. This would make a watery, runny extract.

This post is to encourage you who have been biting your lip and paying those outrageous prices for organic alcohol-free vanilla to truly get your money’s worth by making your vanilla extract yourself. I paid about $25 or so for about ten Grade A Madagascar vanilla beans about almost two years ago. I still have two whole beans left. Vegetable glycerin sells for about $30 for a gallon, just make sure the words “food grade” is on it. The Grade B vanilla beans are less expensive. If you can find a deal on these beans, take it!!

Indeed, you can continue to reuse the beans; and I plan to continue doing this. As you use up one jar, leave about 1/4-1/3 cup extract at the bottom and pour in the glycerin, shake, and store again for six months or more. It’s a process, but it’s an easy process. The hardest thing to do is WAIT! If I can do it; so can you! Be encouraged and stop paying those insane prices for alcohol-free vanilla. Though the initial cost may be a bit daunting, doing this over a period of time will save you money.

There is a saying that “Good things come to those who wait.” I have lived to believe this. … and sometimes the waiting isn’t that long! May the Lord always bless your efforts. 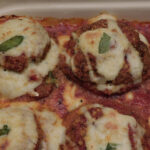